Chapter 1 – The tribute to Rosel & Gus

The overall content of this website will not be a genealogical site but rather a ‘Tribute’ site where memorable stories will be told by us with pictures where ever possible.

However, from an ancestry viewpoint, there are many dates and details as you can see in the ancestry chart shown near the bottom of this page. It is an example of Theresa’s heritage and this one particular page contains all the key players to her eventual migration to America.

For anyone Interested in all of Theresa’s Ancestry details, you can click on the link below. Behind that LINK there is a 40 page document with all of the Kottler (father’s side) and Lutz (mother’s side) history going back to the 1600’s and all the way forward to year 2000. The entire history with pictures is there. Enjoy!

Note: Links open with a new ‘tab’ so when you wish to return here, just close that tab on top of page.

The Ancestry of the Kottler and Lutz Families

Unfortunately we do not have the same level of detail for my father, August Laubis but in the following chapters you will find some information on the Herr (mother’s side) and Laubis (father’s side) of his family. Please look for the links as you go through the chapters.

Theresa’s mother was Rosina Lutz who died in 1908 when Theresa was only 8 years old.  Looking closely at the chart, you see her father Georg Kottler passed away in 1905 when she was 5. Only one picture survives of Theresa and her father. Theresa was raised by her grandmother, Maria Josepha Lutz, shown in the very top picture. 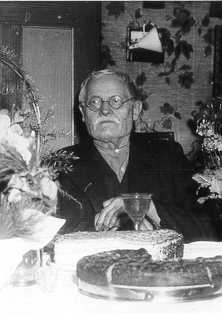 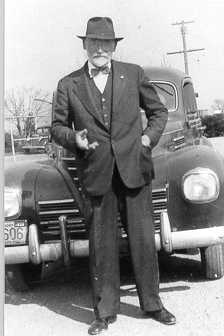 The key players in this story are in the right hand side of the lower chart. They are Valentin (Bacchus) and Franz Lutz. They were brothers and Theresa’s uncles who made possible her migration to America. That story is told in an upcoming chapter.

This migration fact is important because it was Theresa who made her way to America. She made it possible for August (Gus), Laubis, her future husband & my father, whom she knew in Germany to follow her to America. They were married here in the USA. Fantastic set of happenings all in the coming chapters. Stay tuned!

The stories will come chapter by chapter and your comments, stories and pictures, as we go along are appreciated. Ever grateful! Hubert & Lynn

I should add that all the old pictures you will be seeing come from Theresa (Rosel) & August’s (Gus) personal albums. As a child, my mother and I would sit and go through these albums together. One time I asked about how nicely dressed the family people were for the portrait pictures like those above. Many of those are stamped with a studio in Rastatt, a nearby city. She explained that these places had clothes one could borrow to put on when they have their picture taken. I still have to wonder though, where the money came from to have photos taken? I guess where there is a will there is a way!

As was previously mentioned above, the descendants of Karl & Maria had the two boys. . The oldest being Valentin born in 1871 and the younger being Franz Josef (Grozpop) born in 1878. Valentin was called Bacchus (pronounced Bah-hoose) after the God of Wine. He was the industrious one and in the wine barrel making business. More is presented on that subject in Chapter 2.  He was reputed to have a notorious short and hot temper. (Lynn says that I am a Bacchus also!) Folklore has it that in the 1880’s, the two brothers fought regularly and finally ended in Grozpop (Franz) leaving for America.

My mother Rosel often related that the bothers (her uncles) only communicated again when she wished to come to America. The Bacchus (Valentin) wrote to Grozpop (Franz) and asked that he sponsor Rosel to come to America. He did and also paid her second class passage so she would not have to come through Ellis Island. Instead, she came straight into NY, he met her there and they got on the train for Baltimore and was greeted at Baltimore station by (Grozmom) Elizabeth. The names Grozpop and Grozmom were perpetuated by the long line of grandchildren who followed as well as myself.

Thus, Franz sponsored Theresa Kottler (Rosel Laubis), whom he only knew of, because she was born after his departure from Germany. As a result, Rosel came to Baltimore in 1925 and joined Franz Josef and Elizabeth (Buettner) Lutz’s family of 10 children in their tiny home with white marble steps at 729 S. Conkling St. It was these courageous Lutz immigrants which would build the backbone of the Muggensturmer Kottler and Lutz clans and Laubis Family in America today.